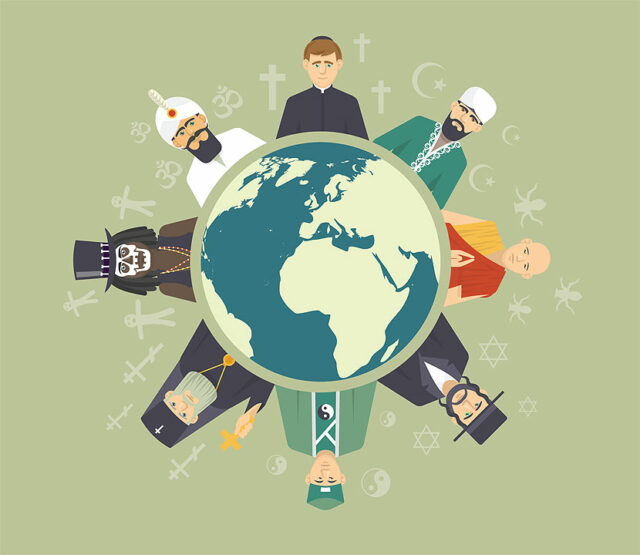 In general, religion refers to belief systems. It is the process of exploring a relationship with a higher power or a central point in our existence that is beyond human understanding and rationality. While each religion has its own beliefs and practices, there are commonalities between the major religions. Often, these shared beliefs and practices provide meaning for our lives.

While religious practices are similar to spirituality, they differ in some important ways. Religion is directed toward the pursuit of significant goals and destinations. Spirituality, on the other hand, is more focused on the soul. Both aim to unite communities and shape behavior. Religion seeks to help individuals develop character through adherence to its rules.

Many religions are based on the lives and teachings of archetypal figures. These figures have passed down their teachings through oral tradition and written scriptures. These stories are revered and form the foundation of religious practices in a particular community. While some people may consider themselves spiritual or religious, others may feel they have no connection to a higher power.

The fundamental characteristics of religions include beliefs in a supreme being, a supernatural being, and an agreed upon set of behaviors. Often, religions function as a social network that provides support and motivation. It also has practical implications on people’s daily lives. For example, members of a particular religion may follow a strict dress code or moral code.